Blausee, the bluest of lakes with crystal clear water

Blausee literally means blue lake, and when you see the lake the name is obvious. The water really has a bleu appearance and depending the light situation on certain days it appears even more bluish as on other days. Therefore the lake became its obvious name.

Between Kandersteg and Frutigen this natural gem is a must see

Blausee is situated at 887 m in the Kandertal valley south of the village of Kandergrund, right next to the river Kander. It can be reached from Kandersteg directly by public bus.

A short walk leads to the lake and you will be awestruck by the appearance and the clarity of the water. You can easily see the trouts swimming around. Blausee was formed over 15,000 years ago by a rock fall, in the debris of which the lake now lies.

A walk around the lake reveals views of the lake and in the lake. Try to discover the statue. After the walk around the lake, a guided boat tour is highly recommended. Not only because of the boat tour itself, but more even because the explanations by the guide who will reveal interesting facts about this extraordinary waterbody.

Next to the hotel is an organic trout farm. So therefore, what to eat when you decide to have lunch or dinner either inside or outside on the large terrace? I guess it is pretty clear, actually as clear as the lake water… Enjoy! 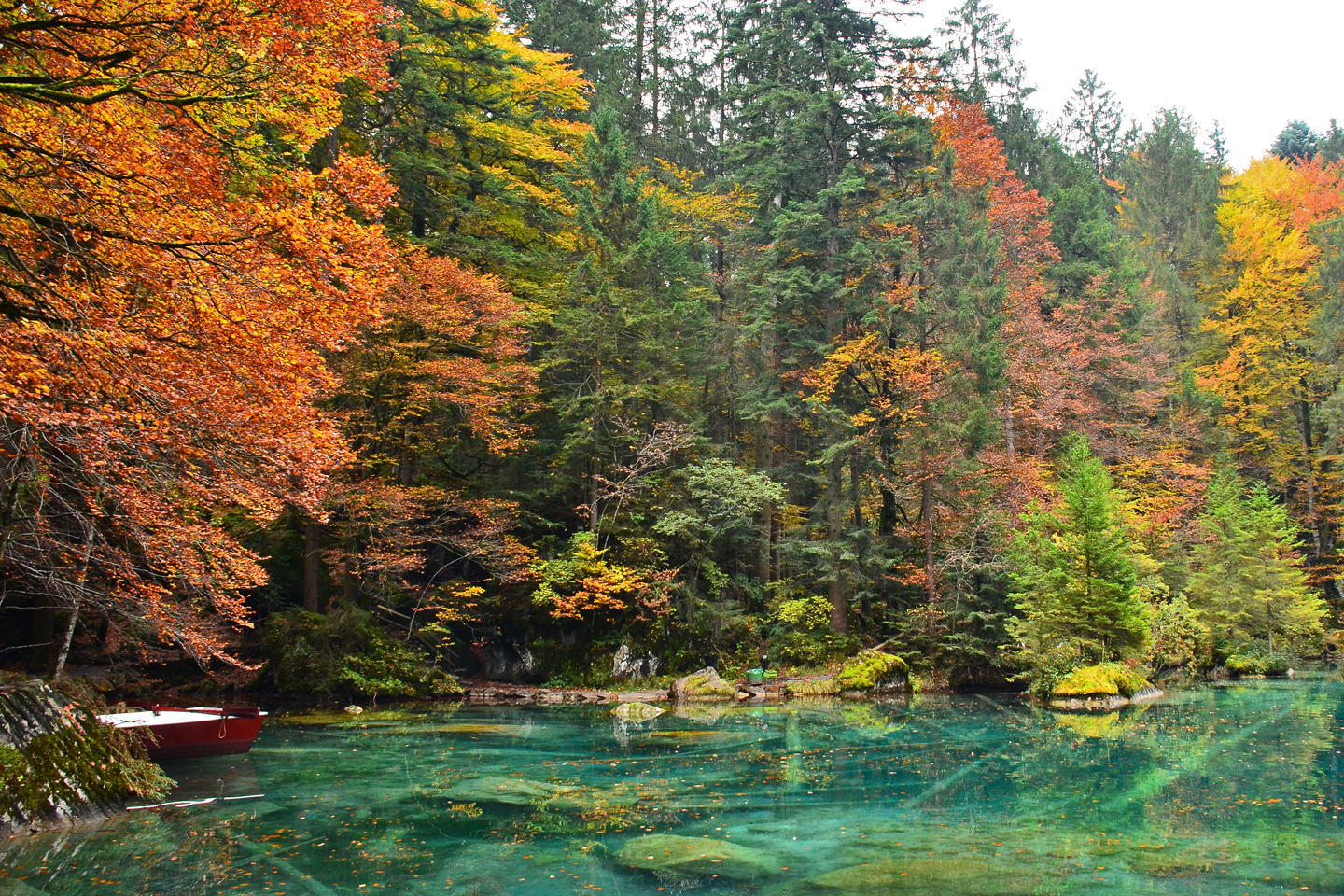 Because the lake is fed from underground springs, the water is crystal clear. The tree trunks and rocks, which are up to 12 m under water, seem to be just below the surface.

As the water absorbs longer-wave (red) light more strongly than short-wave (blue) light, it appears deep blue and blue-green. According to a legend, the blue colour comes from the blue eyes of a young girl who went into the water out of grief over the death of her lover. Since then the lake has been blue in memory of the unfortunate woman. 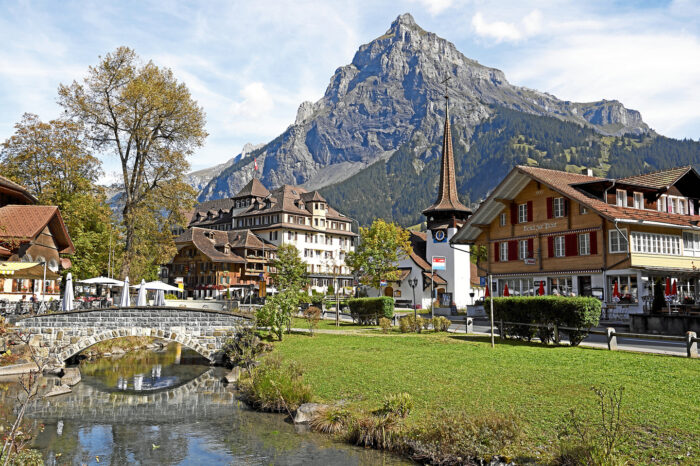