Why going to Rio de Janeiro, if you find the Sugarloaf right here? Yes, you can actually reach the summit of this landmark mountain.

Follow the pilgrims but conveniently by the San Salvatore funicular

San Salvatore is one of the best internationally known mountains. Many Pilgrims walked up to the summit of this mountain since the year 1200. According to the ancient legend, the son of God rested here during his ascent to heaven. Now in recent times you will enjoy the unsurpassable 360° view from the top of Lugano’s mountain. The view takes in the wonderful Lugano lake area, the Lombardy plains and the stupendous chain of the Swiss and the Savoy Alps.

The funicular railway, built in 1888, brings you to this exceptional viewpoint in 2 sections. Because the tracks lead through a densely forested slope, you may not get to see a wide view during the ride up, however, once you have reached the summit station, the contrast is even larger as all of a sudden the panoramic views emerge. 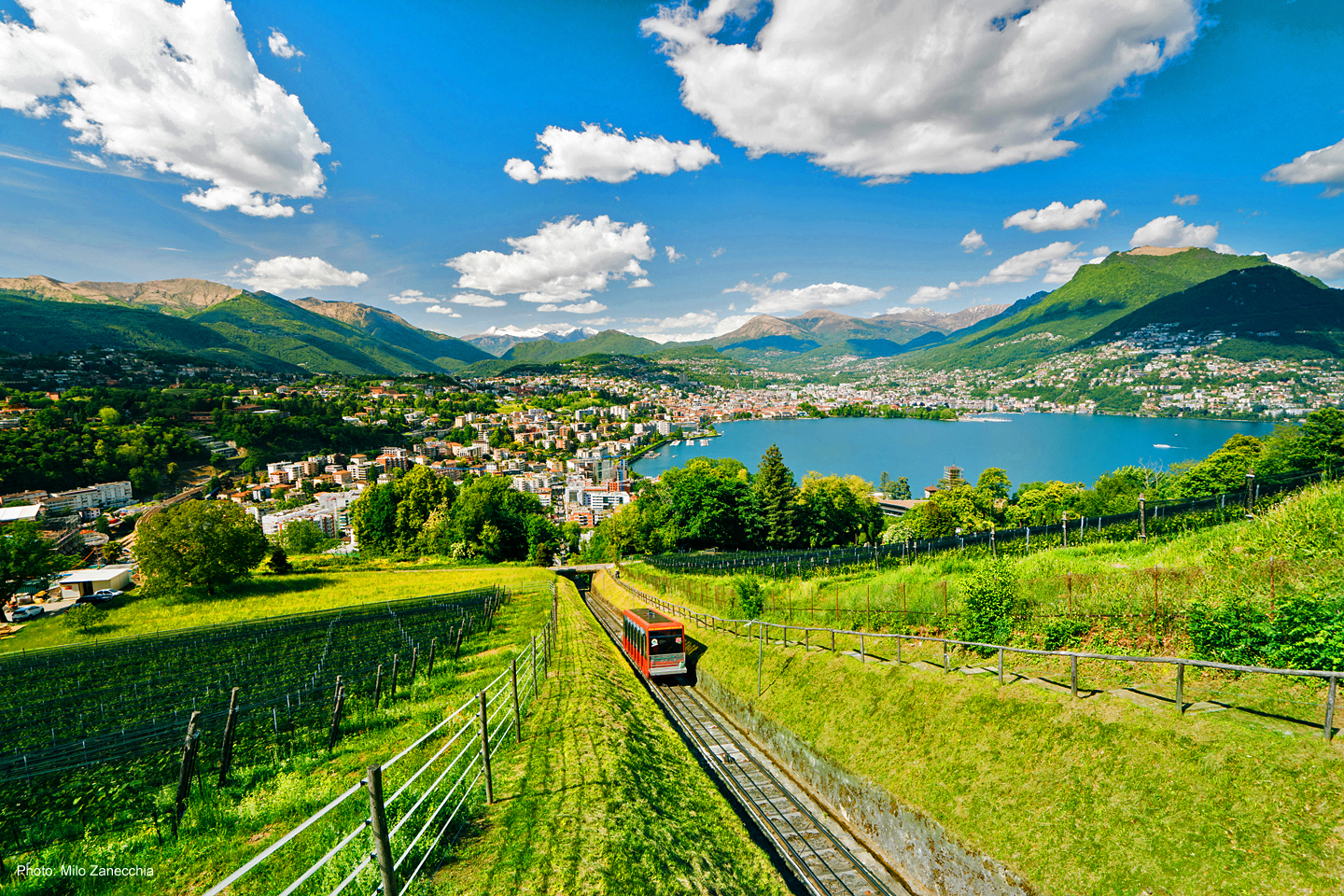 You can climb the narrow stairs to the roof of the small chapel on the summit of Monte San Salvatore. Certainly this is the highlight of this excursion. As a result you a stunning view over Lake Lugano on the roof terrace! Especially the steep eastern wall of this mountain leads directly into the lake! This and other reasons made the editors of the Michelin’s Green Guide honour Monte San Salvatore a 3* tourist destination.

The restaurant Vetta has a large terrace. It offers gourmet menus inspired by Mediterranean cuisine, with healthy products of the season, fresh from the market. Try the daily menu and let yourself be surprised.

You can explore a nature trail well suited to all. Because it unwinds on the mountain top’s ridge, besides the breathtaking lookout points, you will be able to discover many of nature’s treasures and wonders, stimulating curiosity and surprise and unforgettable emotions in every season of the year.

The first “town” via ferrata (climbing route which is equipped with fixed cables, ladders, and bridges) was inaugurated on San Salvatore. Providing they are suitably equipped, expert sports men and women can now undertake climbs using the exclusive “Dolomite type” Via Ferrata which starts from Pazzallo (the middle station) and winds up the northwest face of this extraordinary mountain.

You can combine this excursion with the package Lakes and Glaciers.

Included is some time at the restaurant for drinks or a meal. For a hike add additional time according the length. 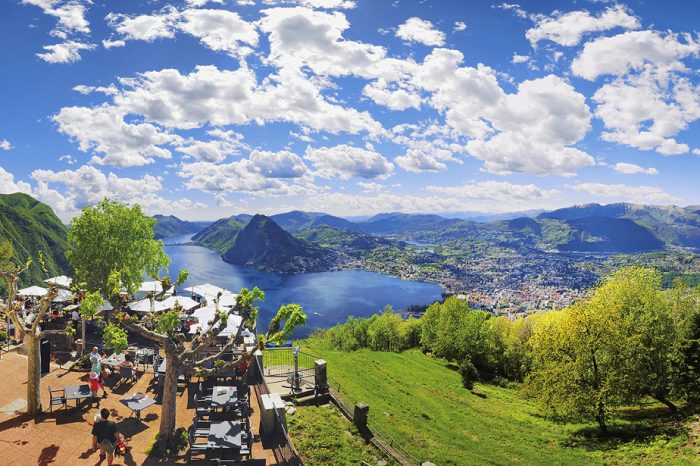 From Lucerne via the St. Gotthard to the Swiss-Italian lakes and on over the highest railway crossing to St. Moritz.